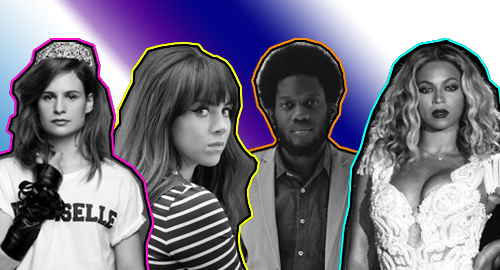 Better late than never, here are my top 10 albums of the year just passed. As always, the rankings are based on my iTunes play counts - so these are the records I actually listened to, not the ones I appreciated on an intellectual level (nb: I don't have an intellectual level).

So, without further ado... 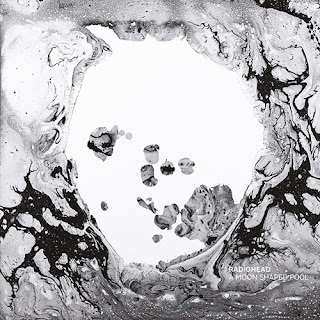 Depending on your point of view, Radiohead either rediscovered the joy of melody on this, their ninth album, or simply released half a dozen forgotten songs from "when they were good". Who cares, though, when the results were this magical? Boosted by Jonny Greenwood's cinematic string arrangements, the album feels epic and intimate at the same time, from the low flying panic attack of Burn The Witch to the grieving melancholy of True Love Waits - a track written as a love letter almost 20 years ago, only to be released as Thom Yorke's relationship fell apart. 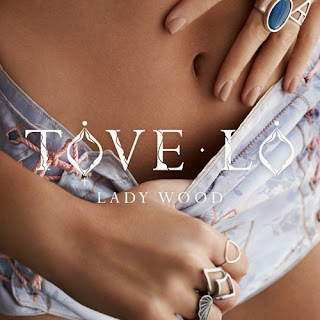 Tove Lo is the pop equivalent of Just 17's sex column. "Look at this smut," she says, patting herself firmly on the back. "Isn't it outrageous?"

That attitude is writ large throughout Lady Wood, from the title (fun fact: it's a euphemism for a clitoral erection) to the vagina in the logo. Meanwhile, Tove effs and jeffs her way through the album like a teenager trying to shock her parents, but her heart is in the right place. The confessional tales of lust, loss and desperation are relatable and cathartic - and she anchors everything in a dark, minimalist house production.

She may call herself a True Disaster, but this is a blemished pop gem. 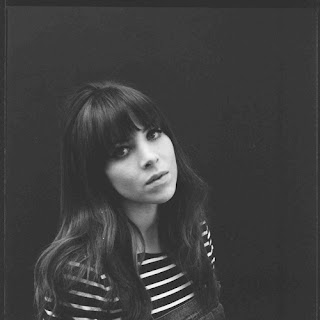 Clare Maguire has been through the wringer and no mistake. Dropped by her label, she was drinking litres of vodka every day until a doctor gave her two weeks to live. Miraculously (and with a lot of hard work) she turned her life around and produced this spell-binding album of classic, piano-led pop.

She's at her best when she peers into the abyss - Channelling Nina Simone on the autobiographical opening track, Faded; and delivering the best lonely hearts advert of all time on Whenever You Want It: "I just wanna have someone who laughs at my shit jokes." 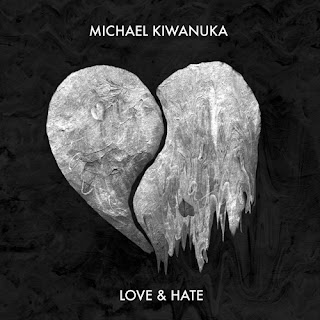 Resolutely old-school, Michael Kiwanuka's second album riffs on Marvin, Isaac and Curtis but never descends into pastiche. It finds him world-weary and melancholy, after a crisis of confidence almost persuaded him to abandon music altogether. "But when you have all or nothing to lose, you just become fearless," he told Nothing But Hope And Passion.

The result is breath-taking: A psych-soul opus backed by opulent strings and a full choir. The opening track unfolds over 10 minutes, while the bluesy Black Man In A White starts like a plantation song before picking up a funky shuffle that never quite settles into a groove - a musical metaphor for Kiwanuka's sense of unease. It took a lot of people by surprise, in the best possible way. 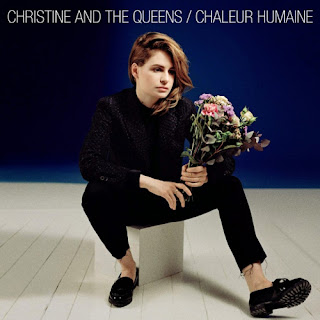 I came to this far too late but that was my own stupid fault. Chaleur Humaine is classy, delicate synthpop that embraces mystery and androgyny like nothing else on this list. Lots of mainstream artists get labelled "outsider pop" but Héloïse Letissier is the real deal.


Of course, I wasn't the only person to overlook it: In her native France, Héloïse released the album in 2014, winning a cupboard full of awards and receiving endorsements from Madonna and Elton John. That it took her to re-record some of the lyrics in English merely illustrates, in the year of Brexit, how closeted and unadventurous the UK can be, even in the resolutely liberal world of pop. 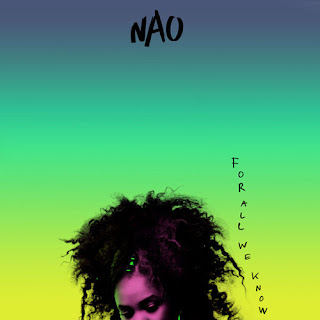 In a year we lost Prince, Nao made the best Prince album this side of Musicology. For All We Know is a lurching, off-kilter, pop-funk extravaganza, where the South Londoner autopsies love (requited and otherwise) in her gorgeous, high-pitched voice. A thoroughly impressive debut. 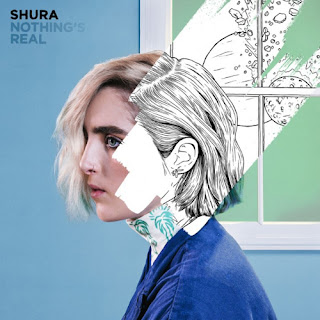 Imagine if Madonna ever experienced doubt or insecurity. That's Shura's debut album. Named in honour of a panic attack that altered her perception of reality, it follows an introverted wallflower as she navigates her way through crushes, infatuations and break-ups ("thought we'd get married and have kids and stuff," she sings of one particularly devastating break-up).

Where she doesn't lack confidence, though, is in the music. What's It Gonna Be, all staccato guitars and shimmering synths, it sounds like the theme to a 1980s teen film without succumbing to pastiche. Even better is the extended, bravura coda of White Light - the disco equivalent of 2001: A Space Odyssey's Star Gate sequence.


3) Regina Spektor - Remember Us To Life 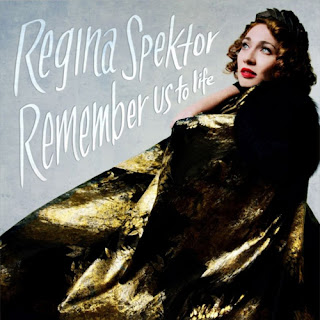 Back after a baby-having hiatus, Regina Spektor is on fine form. Her character studies and lyrical insights are sharper than ever ("All the lies on your resumé have become the truth by now," she sings on Older and Taller), while the sombre tone smooths out her quirkier tics. Not coincidentally, this is the first time she's written a record from scratch).

The stand-outs are many: The Grand Hotel is a baroque ballad that reimagines Wes Anderson's Grand Budapest as a portal to hell; while The Trapper and The Furrier is a scathing polemic about the greed of bankers and pharmaceutical companies that starts a capella and ends with an unrestrained scream. Best of all is Sellers of Flowers - a deep blue ink blot, lamenting the fragility of memory. 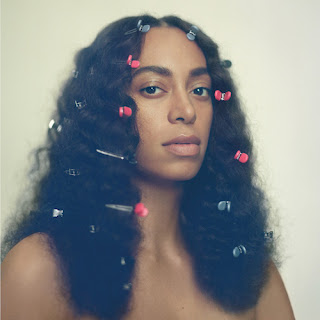 On which Beyonce's little sister comes into her own. Recorded in New Iberia, Louisiana, where her grandparents were fire-bombed out of their house fifty years ago, it is informed by the dehumanising acts, large and small, black people face on a daily basis. That doesn't mean it's an angry album, although anger certainly rears it's head. Rather, Solange presents a poised, nuanced portrait of the pains and joys of black womanhood.

Musically, she's found her footing, too. Gone is the lightweight R&B of her debut album, in favour of deep, dreamy R&B grooves. You'll recognise the spirits of Minnie Riperton, Marvin Gaye, Aaliyah, Janet Jackson, Herbie Hancock and Isaac Hayes dropping by to pay their respects - but this is Solange's album, through and through. 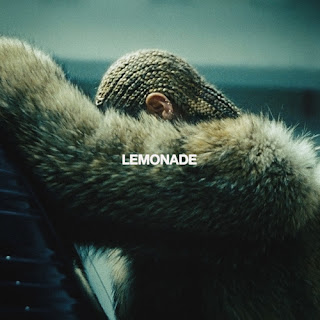 Remember when everyone thought Lemonade was a record about Jay-Z cheating on Beyoncé? Turns out "Becky with the good hair" is the biggest Trojan horse since, well, that horse in Troy.

The signs were there when she turned up at the Super Bowl dressed as a Black Panther and made a video in which she sat on top of a police car as it sank into post-Katrina floodwaters. Those are pretty bold statements, especially for an artist of Beyoncé's stature. Can you imagine Elvis or Michael Jackson putting their necks on the line so boldly. No, you cannot.

But here's the thing - the message goes nowhere without fantastic tunes. Luckily, Beyoncé delivered them by the truckful. Hold Up, Sorry, All Night, Freedom, Formation - Beyoncé could have sung, "Yes my name is Iggle Piggle" over those tracks and they'd still be classics. (Note to Beyoncé: Please release this record in 2017). 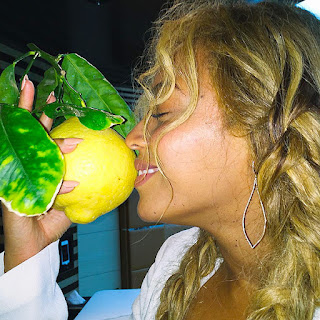 So there you go... I'm gutted there wasn't space for Chance The Rapper or Childish Gambino, both of whom signposted a way out of rap's current cul-de-sac, or for A Tribe Called Quest's comeback, which did the same thing by sounding exactly like a Tribe Called Quest album from 20 years ago. I thought Ariana Grande might get a look-in, but the album squandered it's promise with a bunch of cookie cutter dance bops that had the filthy hands of major label A&R all over them.

Bat For Lashes' excellent The Bride (about a bride whose fiancé is killed on the way to their wedding) would have had a place if it wasn't so depressing to listen to, in a good way. And Frank Ocean's Blonde loses out for that godawful Facebook interlude. What a crock.

Anyway, let's not end on a sour note. Here's a playlist of the best tracks from those Top 10 albums. If you find something you like, why not buy it and single-handedly save the music industry?