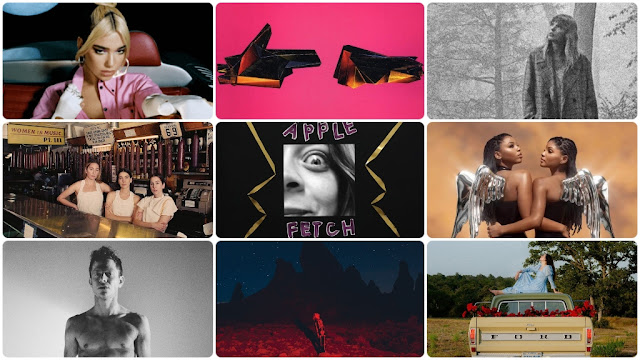 Every year, I sit down with a packet of digestives and a massive Excel spreadsheet to work out the definitive list of the best albums and songs of the last 12 months.

It works like this: I scour 35 end-of-year lists published by the world's most influential music magazines, blogs, newspapers and broadcasters, then tally up the points for each record in their list. The number one album gets 20 points, the number two album receiving 19 points and so on.
This year, Fiona Apple (deservedly) came out on top. And you can read the whole rundown on the BBC News site.
I'll put my own Top 10 together once the year has run out and post it here. Promise.