The Tangled Up tour is Girls Aloud's fourth jaunt round the UK in as many years, and it's by far their most professional show to date.

It's got pyrotechnics, moving walkways, costume changes, wire tricks and five (five!) video screens. But a large part of the girls' success has been down to their scrappy charm, so could all this polish smooth out their charmingly rough edges?

The answer is yes. And no.

The fivesome rose to the challenge of the show with ease - hitting all their marks and cramming personality into the increasingly complex routines. But their backing band was trying too hard. All of the intricate detail of Xenomania's songs was scrubbed out in a squall of noise, including several unnecessary guitar solos. Worse still, the fussy arrangements frequently drowned out the melodies. Musically, it was an utter mess.

By now, however, Girls Aloud are old pros - and occasionally managed to rise above the bombast to get the show moving. Close To Love was an early highlight, the saucy dance routine clearly a tour favourite. A cover of Salt & Pepa's Push It was a riot, too, with Kimberly revealing herself as a surprisingly talented MC.

Walk This Way, conversely, was spoilt by deliberate feedback, while Wake Me Up suddenly developed a funk guitar line completely at odds with its riff-tastic origins.

One thing that proved to be a constant throughout the evening was the group's boundless energy. Nadine was clearly revelling in being in front of a crowd, laying rest to the persistent rumours that she's abandoning her bandmates for LA. Sarah bounded around the stage like a dog released from the trap, and Cheryl has become a demon of dance, throwing herself about like a woman possessed by Mexican jumping beans. She looks frighteningly thin, though - her once magnificent bum a shadow of its former self.

A ballad section performed, as Nadine put it in her beautiful Irish brogue, "in the muddle of the crowd" was another highlight. Their version of Robyn's With Every Heartbeat was heartfelt, if oversung, and Whole Lotta History was magnificently rousing.

All in all, then, an uneven concert that will have pleased the band's less critical fans, but which would have been improved by giving the girls more freedoms, while reigning in those allowed to their band.


Setlist
Sexy! No No No...
Girl Overboard
Sound of the Underground
Close to Love
Can't Speak French
Love Machine
Black Jacks
Biology
Whole Lotta History
With Every Heartbeat
I'll Stand By You
Fling
Push It
Wake Me Up
Walk This Way
Control of the Knife/Trick Me
Call The Shots
Jump

(Yes, that's right - no sign of No Good Advice. For shame) 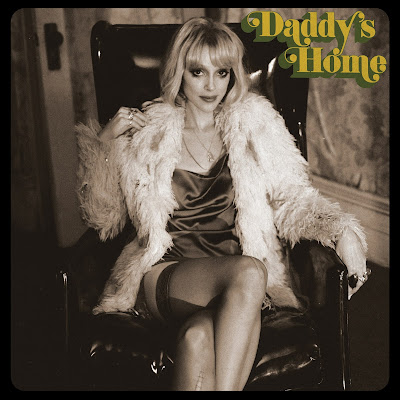